Share All sharing options for: 2012 Community Prospect Rankings: The D.E.N.I.S System earned Phipps the 13th spot on our list 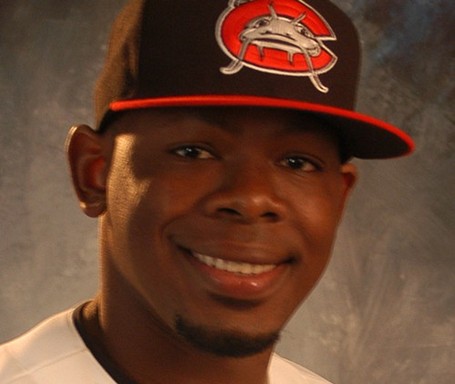 Denis Phipps is the 13th ranked prospect on RR this year, and that's really strange to be saying. Last year, he was barely even a non-prospect, and looked to be rounding the corner to being useless organizational filler. One year later, and we hear an interview yesterday that David Bell did with McAlister, where he's getting these kind of reviews:

Obviously it's twitter shortened, but you get the idea. They're saying that about Phipps! Either way, he's on the 40-man roster, and as long as he starts 2012 as hot as he ended it, could very likely be the first outfielder called up.

Let's close out the week right.