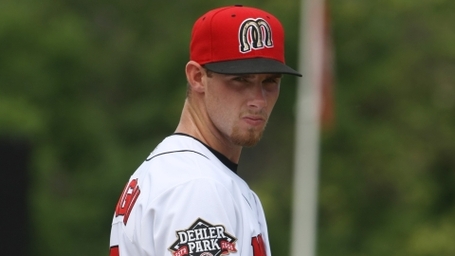 Tony Cingrani wins the 11th spot on our list, and I think it's well deserved after the strong year he had last year. As he's an older prospect, I expect him to jump multiple levels next year, and if his numbers keep up with last year's, it's possible we'll see him in AA or AAA by September. Whether that's as a starter or a reliever remains to be seen, but someone who throws strikes like he does should move quickly.

Two new names on the list, as we add two key components of that strong Dayton team from last year. Vote now.