Share All sharing options for: Red It, Watched It, And Wept - Week of 9/30

Hello everyone and welcome to a new (and hopefully) recurring feature on Fridays called "Red It, Watched It, And Wept" (hereafter: RIWIAW). In it, I hope to report on some of the stories, quotes, and insights you may have overlooked in the past week from local and national TV and media personalities.

So, let's get started!  What happened this week?

Reds Beat Writer John Fay was given an eight part assignment on the topic of his choosing by his teacher editor. Instead of spending that time doing deep analysis and research, he decided to come up with "eight questions" that MUST be asked before the 2012 season. What do these questions look like? Well, the first two installments have included "the shortstop question" and "the left field question." At the time of publication, Mr. Fay has yet to answer the most probative of all inquiries: the green hat question.

Sunday: Who Brings The Family Snacks?

Remember your first day of work as a grown-up? Your mother, wife, or soon-to-be-ex probably packed something special in your lunch box like a cupcake, a snack pack, or family planning devices . What they didn’t do was show up to your workplace with 700 other family members sporting tee shirts with your face on it. That’s only because they didn’t love you as much as Devin Mesoraco’s mom loves him. 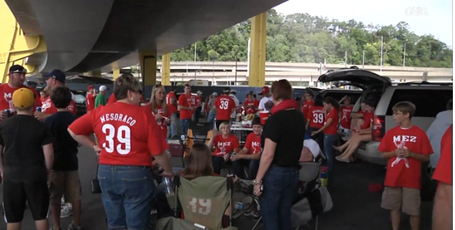 There are some blogs that you wish you could erase from your memory. Other blogs simply take up too much of your computer’s memory. Lance McAllister’s blog is one of the rare places on the web where both of these problems occur (seriously, get some page breaks or something)! Caught up in the afterglow of Sunday’s Bengal loss, was this lone Reds statistic provided by Lance:

For those of you studying for your SATs-  Brennamen: Bruce :: McAllister: Stubbs

Bronson Arroyo ended his season today 1 inning shy of 200 and 2 allowed home runs shy of Jose Lima’s NL record of 50.  Much like his recording career, Bronson simply falls short of matching up to the too recently departed Lima.

The Reds lost to the Mets today. You could be depressed by this, but the Reds' website provides even more important things to be bummed about: 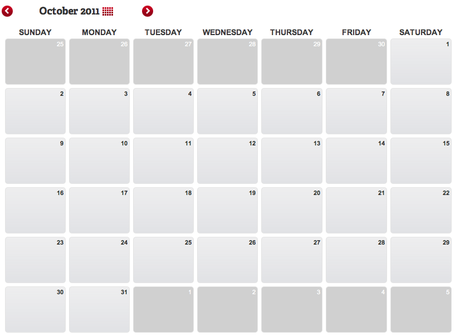 Thursday: We Read "Better Off Red" So You Don't Have To!

Sometimes, Jamie Ramsey’s humblebragging  on Twitter isn’t enough and you have to visit his website "Better Off Red."  If you did today, you’d notice that he’s doing a whimsical end of season-award show. Today’s award? The Rolando Roomes Award for Best Batting Stance. Ramsey includes four action shots of Roomes to give readers an understanding of why the award is named after him. None of them show Roomes' batting stance. HELPFUL!

Two-time World Series Champion and curse-slayer, Terry Francona, is expected to leave his job as manager of the Red Sox. Meanwhile, here in Redsville (population: 79 wins), Dusty Baker is expected to stay on as manager for another season. While we all would like to blame this on Taxachusetts residents and their social welfare programs creating a false sense of entitlement, the real reason why Dusty is staying while Franchise Francona is going comes down to expectations. You see, the Red Sox spent about a gajillion dollars on underperforming players. The Reds don’t have a gajillion dollars and everyone understands that junk bonds don't pan out when that's all you can afford.  Just because you pay a guy $12 million to pitch 199 innings with a negative replacement value doesn't mean you're dumb. It's the joy and unpredictability of the free market!

Do you have a suggestion for next week's RIWIAW (wow, that's an awful acronoym)? Let me know! riwiawrr@gmail.com