Share All sharing options for: Devin is Whenever. Reds lose, 6-4.

Devin Mesoraco.  Devin the Dude hit a double in his first major league at bat.  Now that's something worth getting excited over this late in a dreary season.  Honorable mentions go to Edgar Renteria (who also hit a double, and had two more hits as well) and Jay Bruce (hit his 29th home run of the season). 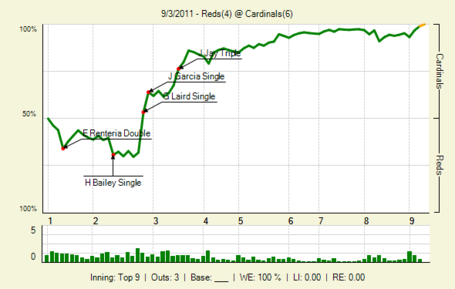