Share All sharing options for: Three games below .500. Who else is excited?!?

Ramon Hernandez.  Clutch Man Monie struck in a not-so-clutch situation, hitting a three run HR in the second inning.  He added a double and a run scored in the fourth.  An honorable mention goes to Chris Heisey, who also had two hits, one of them a HR. 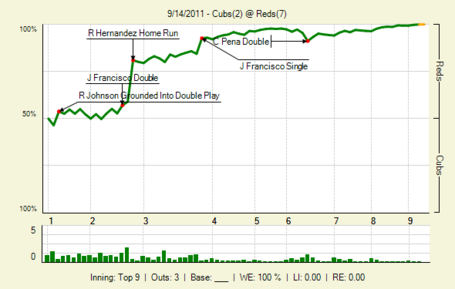