Mike Leake.  The man who'd give you the shirt off that rack threw eight innings, allowing only six hits and one run.  What innings limit?  He also scored the winning run.  Honorable mentions go to Brandon Phillips (another home run!) and Edgar Renteria (took three hits to get as many bases as Phillips got with one). 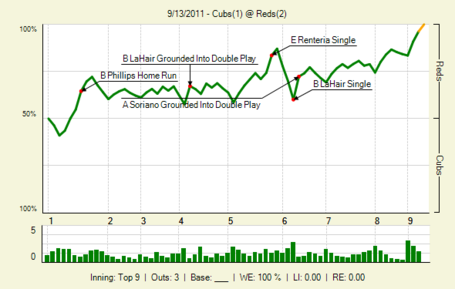