Black and purple balloons for the big four-oh. Reds lose 12-7.

Share All sharing options for: Black and purple balloons for the big four-oh. Reds lose 12-7.

Chris Heisey.  The first-and-a-half string left fielder some are calling "Sappelt Heavy" went 3-4 with 2 home runs. Joey Votto is your co-JNMHSotG, falling just a triple short of the cycle. Travis Wood gets an honorable mention for making his first appearance since being recalled this month - and pitching 2 of only 3 scoreless defensive innings for the Reds. 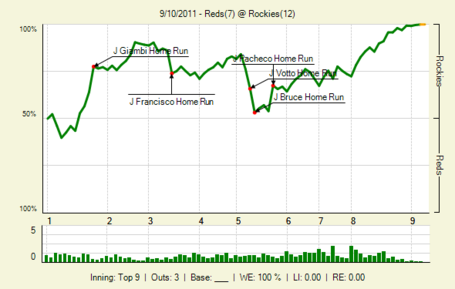