Share All sharing options for: Zack Cozart is a worthless, no good bum. Reds lose, 5-4.

Ramon Hernandez.  Clutch Man Monie did his best to replicate his Opening Day heroics by homering off of John Axford in the ninth inning, but it wasn't quite enough.  Honorable mentions go to Joey Votto (two hits, a walk, and a run) and, what the hey, Zack Cozart, who got a hit and scored a run in his major league debut. 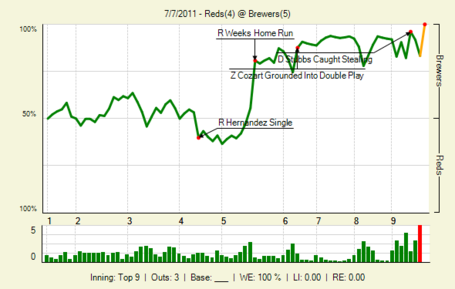