Whatever, they're still chumps. Reds lose, 1-0.

Share All sharing options for: Whatever, they're still chumps. Reds lose, 1-0.

Johnny Cueto.  The Wrong Kicker to F**k Wit pitched 8 strong innings, allowing only six hits and one run.  Sadly, the Reds couldn't do any better than that against Chris Carpenter, and Cueto's Republic was saddled with the loss.  Honorable mentions go to Joey Votto, who had half of the Reds six hits, and Scott Rolen, who got his 2,000th career hit tonight. 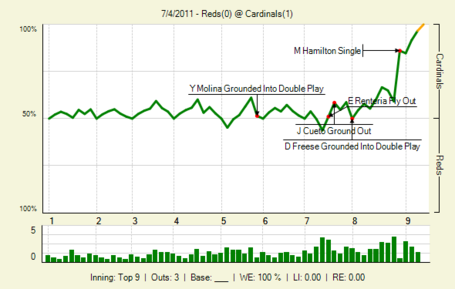