Ryan Hanigan.  Hanigan went 2-3 with a double, and also reached via a walk.  Not only that, but he threw out two would be basestealers as well.  Honorable mentions go to Mike Leake (six innings of two hit ball, allowing only the one run.  One run too many, evidently.) and Ramon Hernandez, who singled as a pinch hitter (our catchers are awesome). 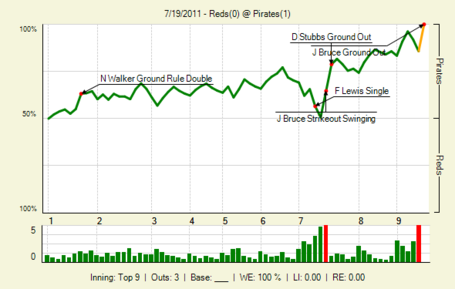