Jay Bruce.  The Man Who Was An All-Star Before Andrew McCutchen reached base five times in four at-bats.  Quite impressive.  His three hits included the go-ahead home run in the tenth inning.  Honorable mentions go to Ramon Hernandez (2-5 with a dinger, two runs scored, and 3 RBI) and Joey Votto (3-5 with a walk). 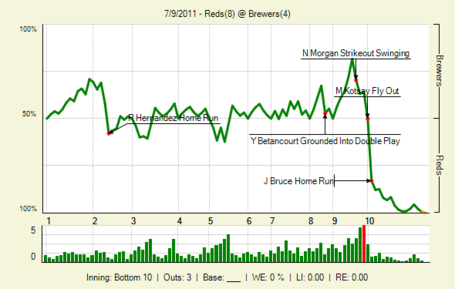