Share All sharing options for: Well, you can't sweep them all. Cubs win, 4-1.

I'm going to have to give this one to Paul Janish, who hit his first triple in the major leagues.  Sure, he made up for it with an error that yielded an unearned run, but whatever.  An honorable mention goes to Ryan Dempster, who only gave up three hits and one walk in six innings.  The Cubs bullpen also pitched well, throwing three scoreless innings. 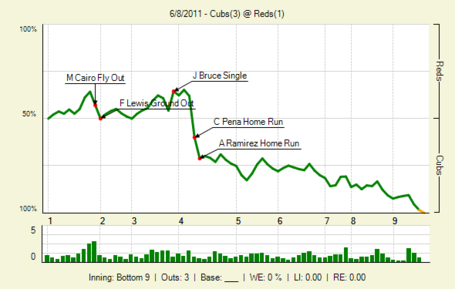