Edinson Volquez had to take 'em to that Ghetto University. Reds win, 8-2.

Share All sharing options for: Edinson Volquez had to take 'em to that Ghetto University. Reds win, 8-2.

Edinson Volquez.  The stint in Louisville seemed to work, at least for today.  Volquez came out and did what Mike Leake did yesterday: deliver a sometimes messy quality start and pitched deep into the game.  He threw seven innings, scattered seven hits, and only allowed one run.  Honorable mentions go to Miguel Cairo (a grand slam) and Drew Stubbs (2-4 with a double and an RBI). 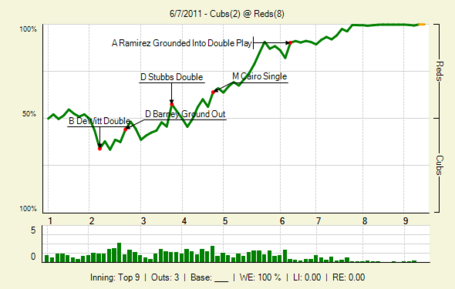