Ask Not For Whom the Bone Bones. It Bones For Thee! Reds lose, 9-6.

Share All sharing options for: Ask Not For Whom the Bone Bones. It Bones For Thee! Reds lose, 9-6.

Jose Arredondo.  Reds pitching has pretty much self-immolated over the last three weeks.  Arredondo pitched 1.1 scoreless innings today, striking out two and only walking one.  Yes, it's come to that.  When someone can string together more than one inning of shutout baseball, they get lauded for it.  Honorable mentions go to Paul Janish (three hits) and Drew Stubbs (two hits, including a home run, and a stolen base). 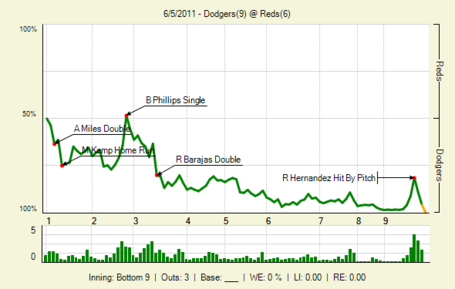