Share All sharing options for: You can't spell Longoria without Logan. And you can't spell the Swedish word for "loss" without Ondrusek. Reds lose, 4-3.

Ramon Hernandez.  Simply by dint of being the only batter that didn't strike out.  And he had a hit, so that's nice.  Honorable mentions go to Jay Bruce (dinger!) and Joey Votto (timely hitting!). 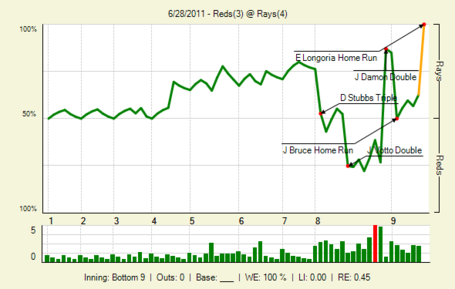