Brandon Phillips.  The Black Emperor had four hits, including a double, scored two runs and drove in two.  Honorable mentions go to Mike Leake, who pitched six shutout innings and would have gotten a hit if they'd have let him bat for himself, and Jonny Gomes, our DH who homered in his return to Tampa. 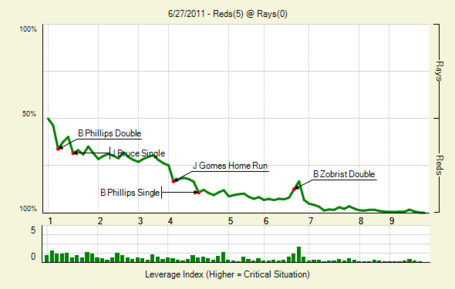