Brandon Phillips, who reached base three times and clubbed a solo home run. Ramon Hernandez gets a near-miss on the JNMHSOTG, going 2-for-5 with a solo shot of his own. Everyone else will get nothing and like it. 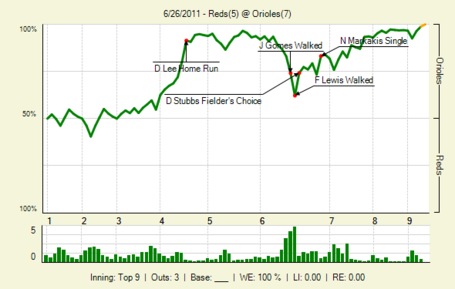