Sam LeCure.  Edinson Volquez once again failed to pitch deep into a game, and naturally the game ended up going into extra innings.  LeCure was the first reliever in and pitched 1.2 nearly perfect innings.  He did intentionally walk a batter, but he struck out three.  It's nice to have the mustachioed one back.  Honorable mentions go to Nick Masset (two scoreless extra innings) and Jay Bruce (two doubles and a walk). 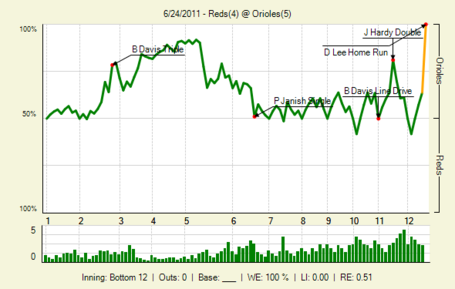