Share All sharing options for: BubbaFan's Dark Night of the Soul. Reds lose, 5-3.

Brandon Phillips.  It's kind of tough to award this one tonight because everyone was pretty bad.  Phillips was the only Red to have multiple hits and he scored a run.  Honorable mentions go to Carlos Fisher (perfect ninth inning, two strikeouts) and, um, Scott Rolen I guess (a hit, an RBI, a Web Gem). 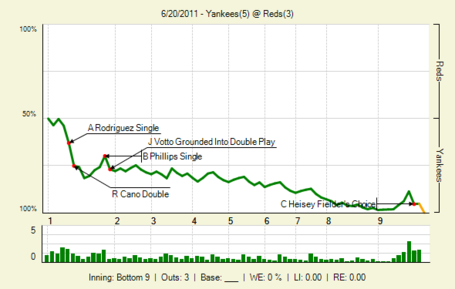