Scott Rolen.  The former Blooj hit a home run to account for half of the Reds scoring.  Honorable mentions go to Drew Stubbs (also homered [inside the park!], but struck out three times) and Jonny Gomes (only Red with multiple hits). 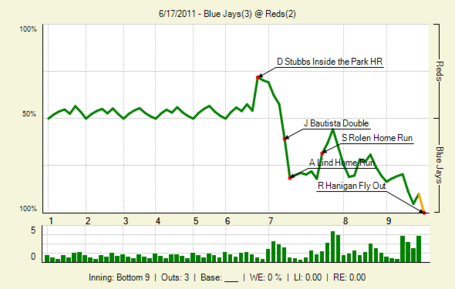