LeBronson didn't even show up for this game.

Drew Stubbs.  The leadoff man reached base four times tonight, with two hits, a walk, and a hit by pitch.  A fat lot of good it did the rest of the team though, as no one could drive him in.  Honorable mentions go to Scott Rolen (a double and an RBI) and Ramon Hernandez (two hits). 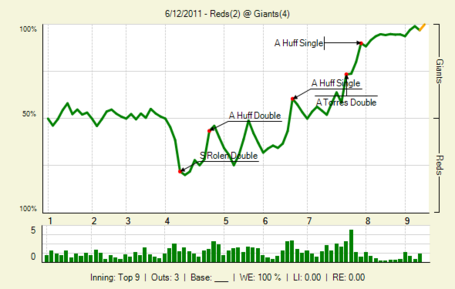