Johnny Cueto.  People were clamoring for the return of Homer Bailey and Johnny Cueto, and neither one of them disappointed in their season debut.  Today was Cueto's turn, and he threw six shutout innings, allowing only five hits and a walk, striking out four.  Honorable mentions go to Drew Stubbs and Jay Bruce. 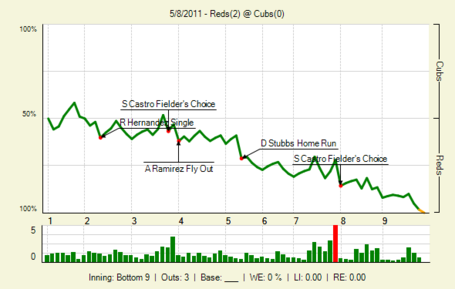