Share All sharing options for: Like a Jetsons production of "Ol' Yeller," Reds put down Astro. Reds win, 10-4.

Homer Bailey.  Our starting pitching got just the jolt it needed with the return of Bailey to the lineup.  Homer threw six innings, allowing only one run and one walk.  He struck out seven and gave up just four hits.  Honorable mentions go to Jay Bruce, Ryan Hanigan, and Fred Lewis. 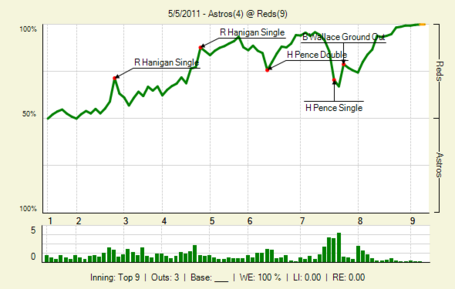