Jay Bruce.  The NL's hottest hitter only went 1-5 tonight, but his hit came at the most crucial moment.  His bases loaded double won the game for the Reds, snapping a six game losing streak.  Honorable mentions go to Joey Votto, who reached base four times, and Drew Stubbs, who had two hits including a double, and threw out Jimmy Rollins at home. 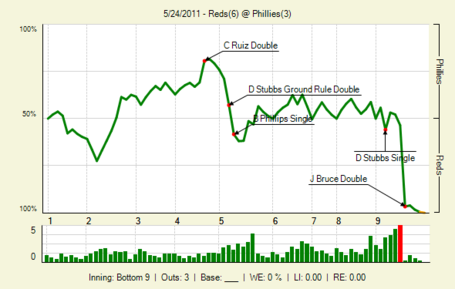