So what if all my heroes are the losing kind? Reds lose, 5-3.

Share All sharing options for: So what if all my heroes are the losing kind? Reds lose, 5-3.

Jay Bruce.  Bruce sat out yesterday with the sniffles, but was hale and hearty in this game.  He went 3-4 with two home runs.  Unfortunately, everybody else played like they had a head cold, and once again the Reds lost to the Pirates.  Honorable mentions go to Chris Heisey (a hit, a walk, and a run) and Bill Bray (pitched a perfect ninth with two strikeouts). 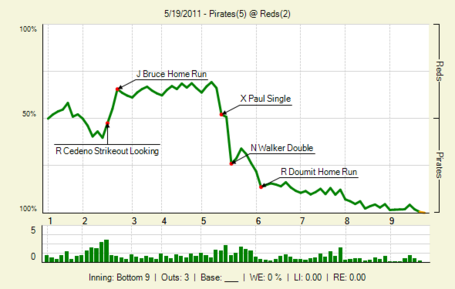