Pirates of the Monongahela: On Stranger Game Outcomes. Reds lose, 5-0.

Share All sharing options for: Pirates of the Monongahela: On Stranger Game Outcomes. Reds lose, 5-0.

Sam LeCure.  Everybody was pretty bad.  Mr. LeCure gets it for pitching two innings of scoreless relief.  He only gave up one hit, didn't walk anybody, and struck out two.  Honorable mentions go to Brandon Phillips (a double!) and Chris Heisey (didn't make an out). 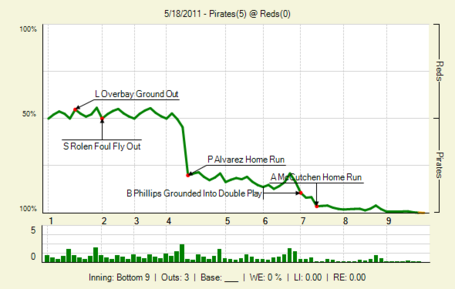