Does anyone remember laughter? Reds win, 7-4.

Share All sharing options for: Does anyone remember laughter? Reds win, 7-4.

If you don't, all you had to do was check out the sixth inning.

Francisco Cordero.  Coco pitched for the fourth consecutive game, and was absolutely lights out.  He retired all three Cubs he faced and earned his eighth save of the season.  Honorable mentions go to Jonny Gomes (home run!) and Drew Stubbs (who has reached base multiple times for the ninth straight game, and also threw out Alfonso Soriano at the plate). 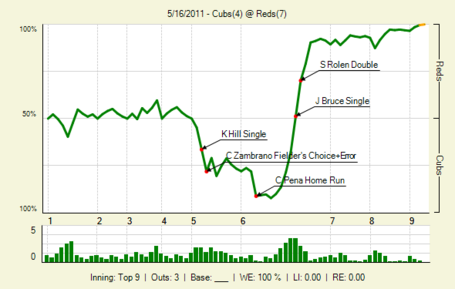