Share All sharing options for: RR Blood Drive 2011: Help Save A Life

EDIT: I'm going to keep reposting until you guys start giving. Also, it's been brought to my attention that some people are unable to donate due to various reasons. I've added a way for you to participate below. I've added a max number of entries as well.

A little over a year ago Slyde asked all of us to do something we should be doing anyway - donate blood. Well I'm here to ask you this year: Will you please donate? It's for the greatest of causes (saving lives), you'll get some sweet karma for the afterlife, and you'll even be eligible for a prize from us here at Red Reporter! 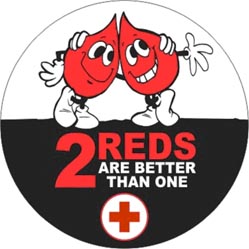 I'll get to the prize stuff in a bit but first I want to preach for a minute. Cancer sucks, and it sucks bad. I've been unlucky enough to have people close to me afflicted more than a couple times, while being lucky enough not to have lost a family member to the disease yet. The facts are cold and hard - if you're male you stand a 44% chance of developing an invasive form of cancer before you die. Female? 38%. (source)

Cancer treatment is brutal and many patients use donated blood to help recover from chemotherapy. Throw in its use in treatment of trauma/accidents, hemophilia, burns, anemia, open heart/other more "standard" surgeries, and a slew of other maladies and you can certainly see why blood donations are in high demand.

The American Red Cross has some facts and statistics about blood if you'd like to read up as well as some FAQ about blood donation in general. For those in the Cincinnati area, you'll most likely be headed to one of the many Hoxworth Neighborhood Donor Centers. They also have a list of FAQ and general info for first timers on their site, which can be found here.

TL;DR - Giving blood doesn't hurt, doesn't take long, and could save someone's life or many someones' lives. Maybe even the life of someone you know. There's really no non-medical excuse for not donating. Go donate. Now.

If you're like me and haven't donated as often as you want/should, that's where the motivation of a prize comes in! Donate blood between now and June 30th, 2011 (be sure to tell them you're doing it for Red Reporter!), fill out the form below or send me an email by clicking the email button next to my name at the bottom of the page and your name will be tossed into the hopper. I will be drawing out a name on July 3rd and will ship/deliver to them a baseball autographed by former Reds SS Barry Larkin. 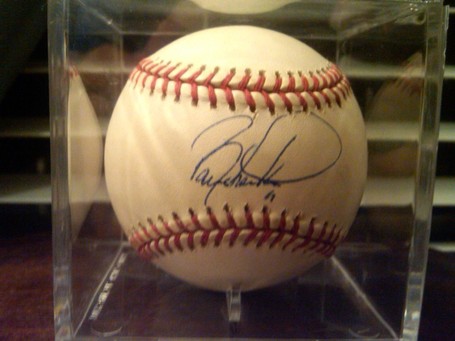 Donate as often as you'd like or can to increase your odds of winning. To rectify a valid complaint from last time, donations will be weighted as follows due to recovery times.

For those of you who can't donate, I've also added the option of donating money or goods to a charity. There are a lot of people out there who need help and God knows if you can, you should.

How it breaks down:

All I ask is that you please be honest when filling out the form/forms below: