Ian Kennedy twirled a masterful game, scattering six hits and a walk over eight innings, striking out an impressive nine.  His changeup was particularly nasty, frustrating Reds hitters all evening.  Honorable mentions go to Miguel Montero, who went 3-3 with a pair of a doubles and a walk, and Joey Votto, who was the lone bright spot for the beleaguered Reds offense.  He went 2-4 with a double and a Dunnesque homer. 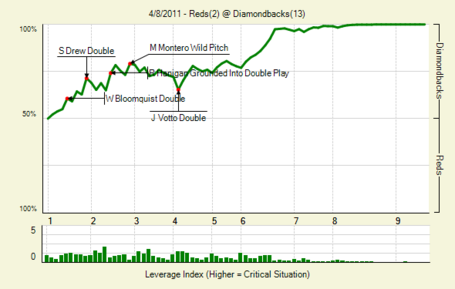