Brandon Phillips, for I think the third game in a row.  The Reds only had two hits, but one of them was a home run by BP.  Honorable mentions go to Joey Votto and Aroldis Chapman. 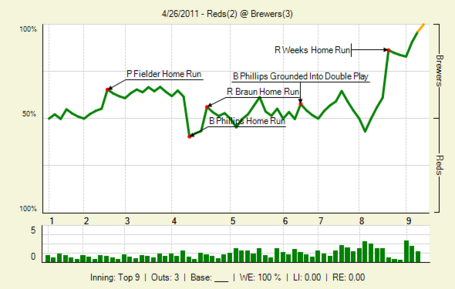