Share All sharing options for: You're exactly as big as I let you be, and no bigger, and don't forget it, ever. Reds win, 9-5.

Brandon Phillips.  Most of us were leery seeing Phillips back in the cleanup position, as he tends to press too hard and alter his plate approach.  However, the brash second baseman who's said he wants this to be his team responded well, going 3-4 with a double, a walk, two runs scored, and three driven in.  Honorable mentions go to Drew Stubbs and Bronson Arroyo. 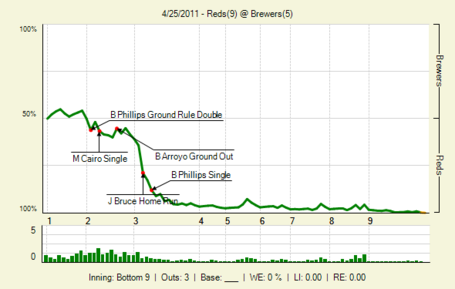