Share All sharing options for: Eat me in St. Louis. Reds lose, 3-0.

Brandon Phillips.  In a game after which Yadier Molina said, "That's the way you have to play, you have to have fun," the award is given to the Red who has the most fun.  He also hit two doubles, and no one else did much of anything.  Honorable mentions go to Joey Votto and Nick Masset. 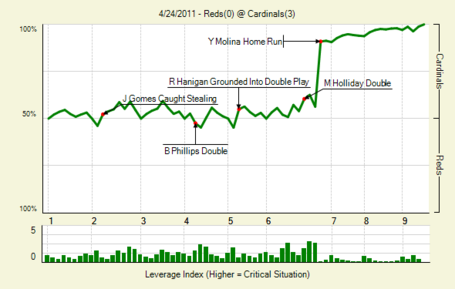