Share All sharing options for: La Russa Cleverly Pitches His Closer in the 8 Hole, Blows Game in Unconventional Yet Genius Way. Reds win, 5-3.

Miguel Cairo.  Only four Reds had hits in this game, and Cairo's drove in the winning runs.  Also, Cairo is a much better city located on the Mississippi.  Honorable mentions go to Joey Votto and Francisco Cordero. 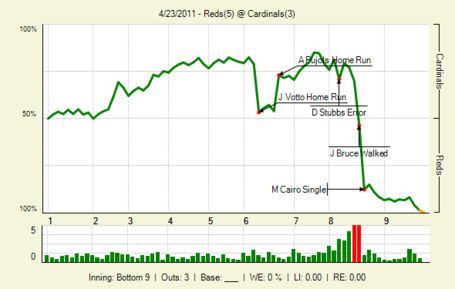