Travis Wood.  The lefthander pitched a gem, going 7 innings and striking out 7.  He didn't walk a batter, and his only blemish was a solo home run that he gave up to Erick Almonte.  Honorable mentions go to Drew Stubbs and Jonny Gomes.  He might not have a hit yet this season, but the man can draw a walk. 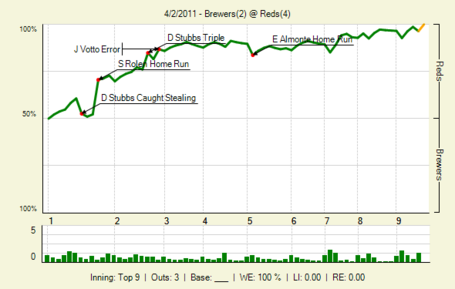