Share All sharing options for: Gome-a Girl and the Excitement Gang! Reds win, 6-1.

Joey Votto.  The reigning MVP walked three times and scored two runs.  Jonny Gomes, in a fit of pique, screamed that if this was anyone besides Rickey Henderson, they were stealing his bit!  Honorable mentions go to Bronson Arroyo and Bill Bray. 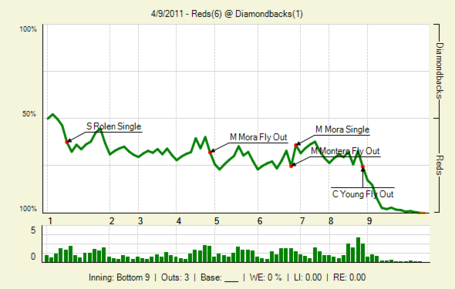