Share All sharing options for: One wire down! Reds somehow win this one, 7-6.

Ramon Hernandez gets this one by going 4 for 5, with his most important hit coming at the end.  Honorable mention to Joey Votto, who went 1 for 2 with 2 walks, a HR, and a sac fly. 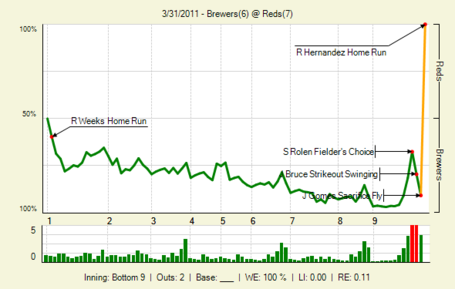