Share All sharing options for: Red It, Watched It, And Wept - Week of 10/7

It's Friday, which means I barely made another deadline it's time for another edition of RIWIAW! Since most of the local reporters are on furlough on vacation, this week's issue takes more of a national flavor.

The Fayman (I still argue this isn't a nickname) used his Saturday column to pay tribute to Joe Strummer, Mick Jones, and the boys by riffing off the The Clash's Should I Stay or Should I Go and applying it to the contractual statuses of Reds players. THAT'S PUNK!  Contrary to popular belief, this was not the first time he’s used The Clash's songs in his work product. Previous attempts have included Police & Thieves: The True Story of Mike Leake, The Magnificent 7? Reds Options for the 2012 Rotation,  and I’m So Bored With the U.S.A.- Why Wladimir Balentien signed with the Tokyo Yakult Swallows. 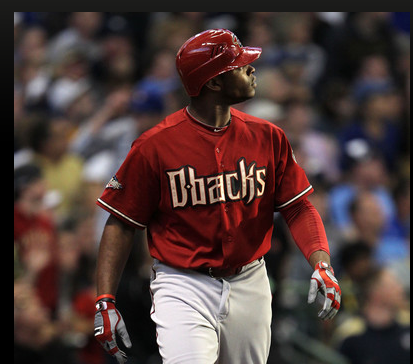 Alternate and throwback uniforms are great ways to raise money and generate interest from fans with too much disposable income on their hands. It’s no wonder every all the successful franchises wear them at some point. During today’s game, the Arizona Diamondbacks maroon "D-Back jersey" made its playoff debut. Some people view this jersey as one that flies in the face of possible sophomoric mockery. Other, more nearsighted, people will see it as a tribute to Brett Myers.

If you’ve made it into your profession’s Hall Of Fame, you’re automatically given a passport to be as cantankerous as humanly possible (Exhibit A). In this vein, Hal McCoy has decided that the scourge of his existence this week is Moneyball – The Movie. While Hal could have brought up several of the movie’s flaws, such as haphazard character development, or flawed plot turns, he mostly criticizes the fact that scouts come off as buffoons. After all, no scout has ever done anything stupid. Ever.

It’s been a while (read: one week) since someone put together a list of the Best Sports Cities. This time around, the Sporting News came up with the subjective criteria in order to achieve the predetermined results. Cincinnati was the top-rated Ohio city at number 21. We also finished above St. Louis (yeah, suck on that!). In case you were wondering the top four included Dallas, Boston, Philadelphia and Chicago-Evanston. Yes, those Northwestern Wildcats and their three Big 10 football championships in the past sixty years, are important enough to warrant a separation between themselves and Chicagoland proper. Water cooler discussion, COMMENCE!

Wednesday: Squirrels and Lunchables Living Together! 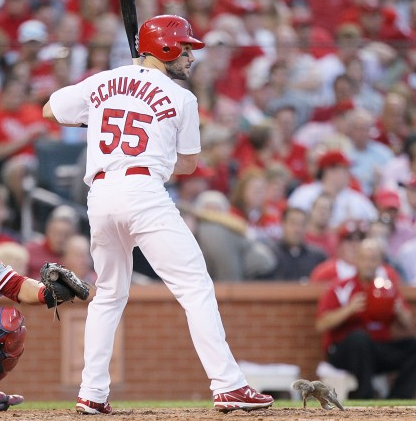 During tonight’s NLDS game between the Phillies and Cardinals, a streaker a squirrel onto the field of play and interrupted the game during Skip Schumaker’s at bat. The incident occurred with the Cardinals ALREADY WINNING the game. That didn’t stop St. Louis fans from adopting the moniker of the Rally Squirrel. Smartest fans in baseball, indeed.

Tonight, the Tigers played the Yankees on TBS. More importantly, this was the first anniversary of your Cincinnati Reds being no-hit by the Roy Halladay in the playoffs. To commemorate this event, TBS decided to show clips of Halladay’s 2010 performance to tease Friday’s game against the Cardinals. By pointing out TBS's most glaring omission, KMIB wins the Comment of the Week:

Friday: In A Perfect World, We’d Root For A Manifestation Of Mutual Assured Destruction Tonight.

When you think of this season’s list of underachieving teams, you can’t help but think of the Philadelphia Eagles Phillies. Tonight’s elimination game against the Cardinals has been judged by Philadelphia sports writers to be too important for hyperbole.

Do you have a suggestion for next week's RIWIAW (other than adding a dragon in the logo)? Let me know! riwiawrr@gmail.com