Orlando Cabrera.  The newly returned shortstop had two hits, including a double, and two RBI.  Sure, some might say that Chris Carpenter, Matt Holliday, and maybe even Colby Rasmus had good games.  But I take no notice.   Enough other people will fawn over them.  Here, they don't even get an honorable mention. 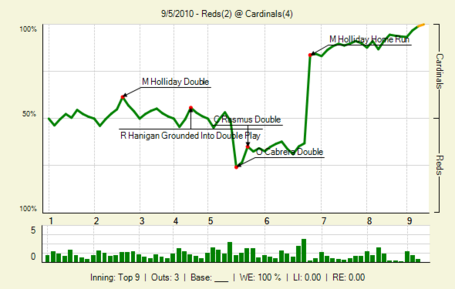