Share All sharing options for: It's okay, as long as they still can't beat other teams. Reds lose, 3-2. 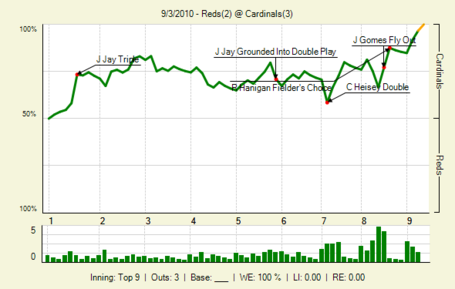