Bronson Arroyo.  The man many people are calling the Game 1 starter sure turned in a fine performance, albeit against decidedly non-playoff caliber opposition.  Arroyo went seven innings, allowing only one run and four hits.  He struck out four and walked none.  He even singled and scored a run en route to his 17th win of the season.  Honorable mentions go to Drew Stubbs, Brandon Phillips, Jay Bruce, and Jonny Gomes. 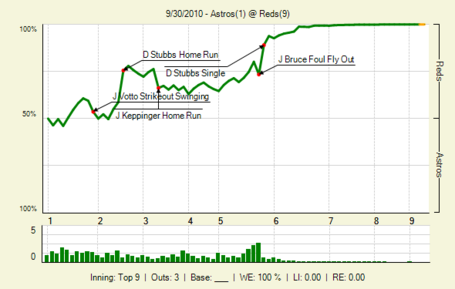