Carlos Lee.  In a game without much offense, El Caballo provided just enough for the Astros, going 3-4 with a double, a run scored, and an RBI.  Honorable Mentions go to Willie Bloomquist, who pulled off the rare RF-2B appearance and reached base three times, Laynce Nix who also reached base three times in his first start in over a month, and Johnny Cueto, who pitched seven innings, allowing only one earned run, struck out four and walked none in front of a team of scrubs. 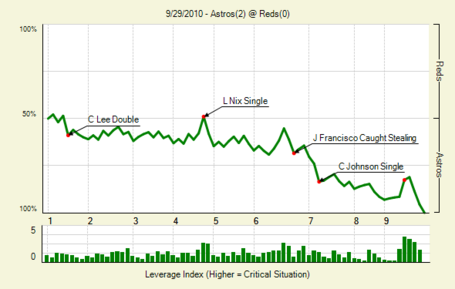