Share All sharing options for: There's a Place I Know You've Been, Here's a Wagon, Get On It. Reds win, 4-3.

Edinson Volquez.  The Wagon went 8 strong innings, only giving up one run and three hits.  He also walked four batters, as is his wont, but the defense behind him bailed him out with four double plays.  Honorable Mentions go to Miguel Cairo, Jim Edmonds, and Mike McClendon. 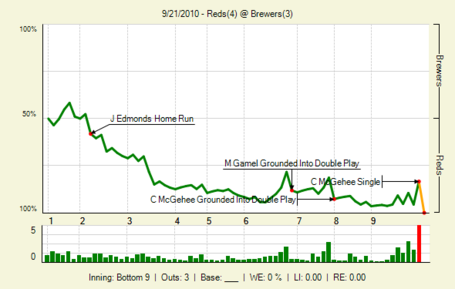