The Sun Shines In My Bedroom When You Play! Reds win, 5-2.

Share All sharing options for: The Sun Shines In My Bedroom When You Play! Reds win, 5-2.

Joey Votto.  A tough call for the award today as many Reds had good games, but also had some detriments.  For example, Votto only had one hit, but it was a bomb of a home run to secure the lead.  So for sheer dramatics and singular importance, Votto gets the glory.  Honorable mentions go to Homer Bailey, Orlando Cabrera, Rickie Weeks, and Scott Rolen. 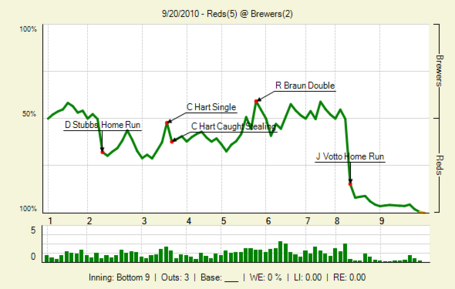