Share All sharing options for: Mark it 8, dude. Reds beat the Astros 11-1.

There were plenty of good performances by Reds tonight, but I think I'm going to have to give it to Bronson Arroyo, who scattered four hits and one walk over six innings.  He gave up one run to Carlos Lee on a HR, but otherwise he never allowed an Astro past second base. 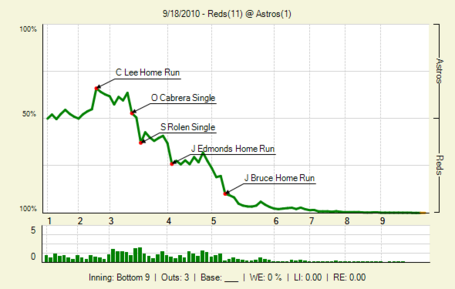