Share All sharing options for: Losers No More! Reds win, 5-4.

Joey Votto.  In accordance with recap policy, walk off home runs automatically earn you the coveted JNMHSotG.  Joey was quiet during most of the game, but when the Reds were able to get into extra innings, everyone knew that Votto would end it.  And so he did.  He also walked twice.  Honorable mentions go to Edinson Volquez, Drew Stubbs, Scott Rolen, and Francisco Cordero. 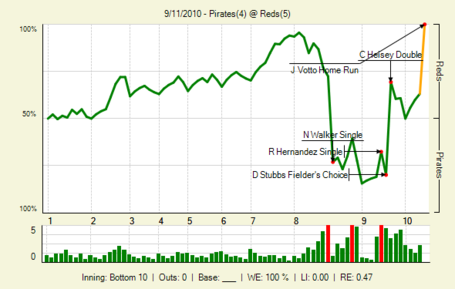