Homer Bailey.  If there's one thing that we as Reds fans could look forward to after a terrible road trip, it was Homer Bailey facing the Pirates, a team he has dominated like none other in his career.  And our boy delivered.  He pitched seven innings, struck out nine, walked none, and gave up only five hits.  One of those hits was a home run that somehow snuck over the wall for the only run Homer allowed.  Honorable mentions go to Jose Tabata, Chan Ho Park, and Jonny Gomes. 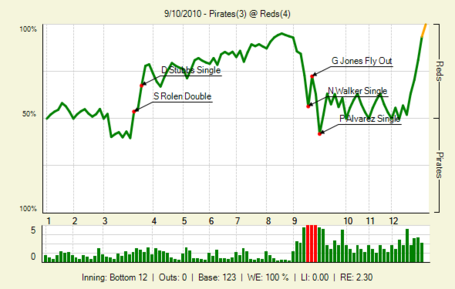