Share All sharing options for: That counts! Reds win, 4-3.

Drew Stubbs.  The embattled centerfielder rediscovered his love affair with Wrigley Field and went 3-4 with 2 runs, 2 RBI, a double and a home run.  He didn't even strike out!  Honorable mentions go to Ramon Hernandez and Starlin Castro.  Nick Masset did a good job to nail down the victory, but he did walk a batter with the bases loaded. 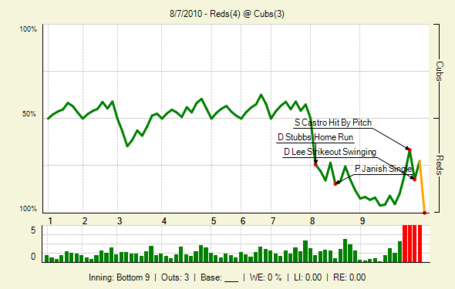