Aroldis Chapman.  He didn't do the most to contribute to the win, but his debut was as exciting as anything Reds fans have experienced in years.  We were excited to get him, we followed his exploits in Louisville, and he lived up to the hype.  Wow.  8 pitches, 7 strikes, four pitches of 100 mph or higher, and a perfect inning of relief.  Honorable mentions go to Joey Votto, Scott Rolen, and Yovani Gallardo. 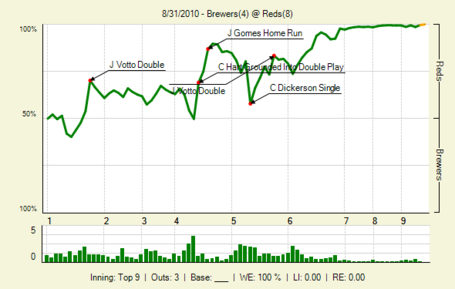