Share All sharing options for: So damn sweet! Reds win, 11-7.

Jay Bruce.  Hova went 4-5 with just about every manner of hit.  A bunt.  A single.  A triple.  A home run.  2 RBI and 3 runs scored.  If this is any kind of indication of things to come during the stretch run (pleaseohpleaseohplease), the Reds will be sitting pretty.  The Reds had 18 hits in the game, so there were lots of stars.  The Honorable Mentions will go to Jim Edmonds and Ramon Hernandez. 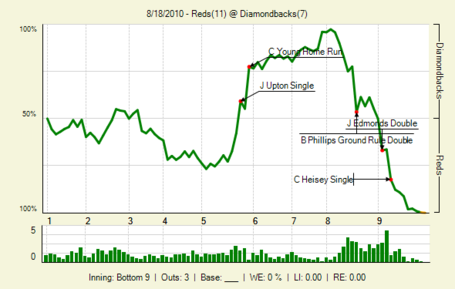