Share All sharing options for: Scott Rolen vs. The World. Reds win, 7-2.

Scott Rolen.  It was a big night for the offense as five out of the top six batters in the lineup had multiple hits (Jim Edmonds went ofer).  Rolen gets the nod because he had three hits (2 doubles and 2 RBI) and because I just got back from watching Scott Pilgrim.  Honorable mentions go to Mike Stanton, Jay Bruce, and Laynce Nix, who reached base four times. 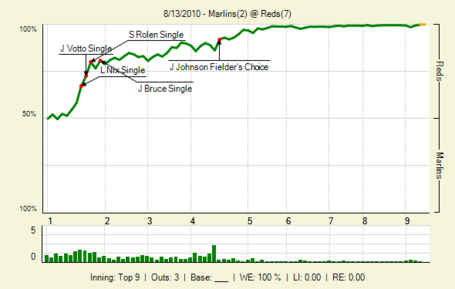